After my car crash in 1990 I was given the all clear to travel in 1991 & decided to go on a two week trip to Jamaica. I wanted somewhere to go in the sun, somewhere cheap & somewhere I could go on some trips to see more of the country I was visiting.

One of the many places I went to whilst I was in Jamaica where the Dunn's River Falls. At about 180 feet high and 600 feet long, the waterfalls are terraced like giant natural stairs. Several small lagoons are interspersed among the vertical sections of the falls, with the falls emptying into the Caribbean Sea on attractive white sand beach.

After my recent car accident I wasn't fit enough to climb the whole set of falls but I did manage about half, stopping to have my photo taken in one of the small lagoons on the way up.

Whilst on a trip to Kingston I went on a trip around Bob Marley's house. It was a museum to Bob Marley but his family still lived there. Two things stick in my mind from my time looking around the Marley house. One was the enormous ganga plant at the front door, which we were told was Bobs favourite ganja plant. The other was the location of the police station.

Kingston police headquarters is next to the Marley house, yet when an assassination attempt was made on his life it took hours for the police to respond to emergency calls and gunfire. You can see the bullet holes in the wall where machine guns where used in an attempt to kill Bob Marley & the noise must have been very loud but the police next door took hours to arrive. Is it any wonder that the Marley family believe that the Jamaican police or government had something to do with the assassination attempt.

The Black River is one of the longest rivers in Jamaica. At a length of over 33 miles it was believed to be the longest until it was discovered that the Rio Minho was longer. Its name refers to the darkness of the river bed caused by thick layers of decomposing vegetation. The water is crystal clear but the black base makes the water look shallow.

I asked the pilot how deep it was and he threw a silver coin overboard and said try to dive and get it back. After diving in I soon realised it was a lot deeper than it looked as I could not get down far enough to get the coin back. Another man on the trip dived in as well & was also unable to reach it. The water was beautiful & warm so we swam along next to the boat until it stopped in front of a low hanging bridge going across the river that the boat could not go under.

The pilot handed out sandwiches so we got back on the boat for lunch after a short break the boat was turned round & we went back towards the dock we set out from. On the way back to the dock the pilot pointed out lots of different birds & some large crocodiles that slid in to the water as we passed. When we asked why he hadn't told us about the crocodiles when we were swimming he told me I was too skinny for a crocodile to be interested in me. Maybe I was then but I won't be going back there for a swim now.

The Blue Mountains are the longest mountain range in Jamaica. They include the island's highest point, Blue Mountain Peak, at 7402 feet. From the summit, accessible via a walking track, both the north & south coasts of the island can be seen. On a clear day, the outline of the island of Cuba, 130 miles away, can also be seen.

Whilst passing through the Blue mountains we stopped at a coffee plantation to see a display of how they grind the famous 'blue mountain coffee'. One of the people on the trip bought enough coffee to fill a suitcase. He had already told me how expensive the coffee was in England & that he would be able to sell it for enough to pay for his holiday. I took a bag for my mum & made a note to check how expensive it was when I got back to England.

Rik's Cafe was the bar that Tom Cruise poured cocktails in the film Cocktail & has been popular since it opened in 1974. On my visit here I & one of the people I had met on the trip, decided to dive off the cliff into the water. We made our way down to the lower platform and dived off. We were met at the bottom by local Jamaican divers congratulating us for going from the tourist jump. They proceeded to show us how they dived from the platform at the top of the cliffs & gave us some banter about being chicken.

Not wanting to be outdone we both climbed to the top of the cliff & the diving point. My companion jumped off first & after he climbed out I went next, jumping pencil fashioned of the cliff. On the way down all I could think was that it was a long way down. I tried to look down to see the water & lost my balance & continued down & belly flopped into the sea. The water knocked me out & my new friend had to jump in to help me get ashore. Once back on land the local Jamaicans congratulated me & gave me some stick for my dive style before treating us both to several free beers for having a go. I won't be doing it again though. 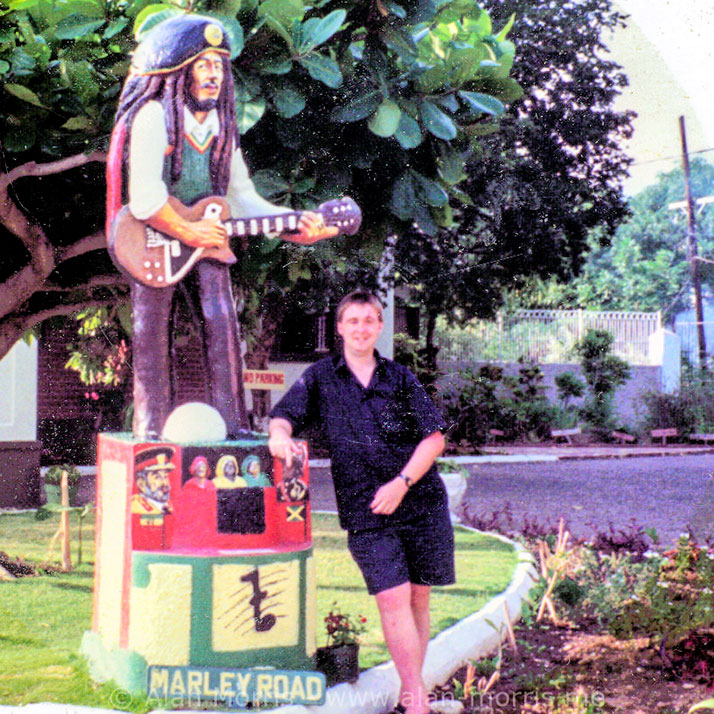 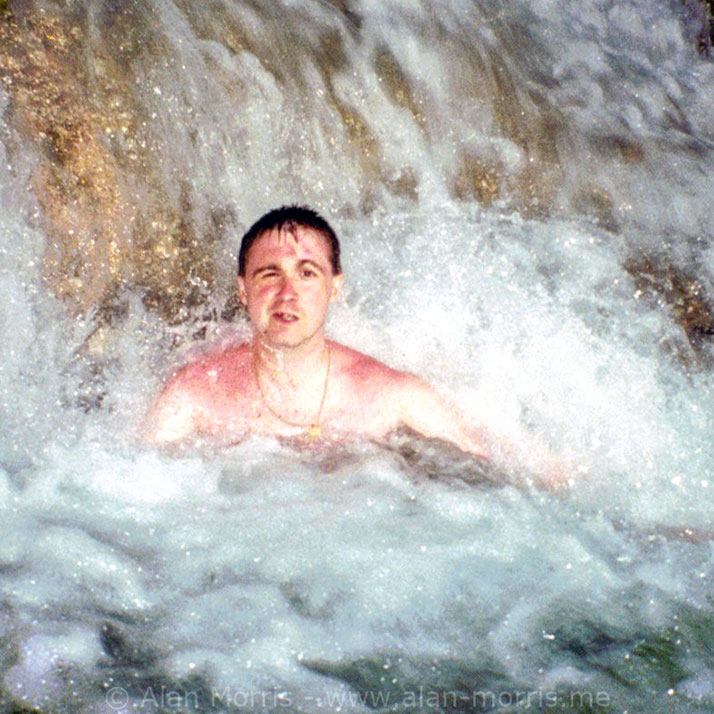