Marie Elizabeth Jones was my grandmother & I have lots of memories of her. As a child, my sister & I lived with Marie & Albert for around 6 months whilst my father Brian was looking for a family home near Portsmouth.

Marie Elizabeth Jones got married to Albert Clark at the Parish Church of St. Stephens in Bow, London, England. They got married on June 30th 1934. The wedding certificate shows that Marie was living in Bow. Her profession was entered as a Dressmaker & her father Walter, was unemployed. 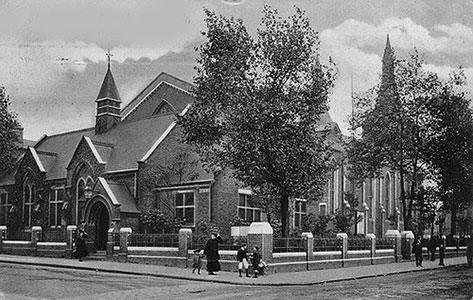 This census shows the family living at 33 Beachy Road.

* This is how Marie Elizabeth's name was entered on the 1911 census.

This record shows the family living at 20 Union Road.